Crop production plays a very important role in the agricultural development in particular and more general in the development of Lira District. Crop agriculture provides food, cash income, employment and raw materials for rural and urban industrialisation. It has greatly contributed to the economic growth and development witnessed in Lira in the recent past.
Despite under utilization of the production potential, Lira District still remains a source of food for the nation and has excelled in the production potential, for the production of oil crops, cotton, vegetables and pulses. The high crop production is the result of large hectare under crops, despite the relatively low yields per unit area.

Crop production is by smallholder peasant farmers who relay on rain fed agriculture. Apart from OSRIP farms in Itek –Okile, (Barr/Amach sub counties respectively) there are no large screens and untargeted farms in the district. There are many potential areas along wetlands and dams where small scale irrigation can be developed.

Food Security and household income
The improved security situation in the district has encouraged return of people who were displaced into Rural and Urban IDP camps to their traditional land. This has resulted into increased accessibility to land for agricultural production. Interventions by GOU in Return, Resettlement, Development Programme and Humanitarian Organisation in the food security sector have improved the food security situation in all parts of the district. Tools and planting materials have been made available to the community with reliable weather and continued improvement in security situation the farmers are capable of producing enough food and cash crops. Crops such as rice, sunflower, G/nut, simsim, Soya beans, mangoes and oranges will be promoted for cash income.

Mechanisation:
Simple mechanised farming by encouraging and promoting use of Ox-driven equipments (ploughs, planters, weeders, and carts) shall be promoted.

Youth, Orphans and Vulnerable children
Empower the above category with life skills in agricultural production (Horticulture)

Gender
Both men and women participate in crop production, but the role of women is much greater than that of men, especially in weeding, processing and storage. Unfortunately very often women hardly take part in the decision-making process at the household level which is an area which is almost entirely controlled by men. Through gender mainstreaming it is, however, possible to increase production and productivity and guide farmers better to make profit, reduces crop losses in the field and post harvest.

NGOs and other stakeholders
There are a number of NGOs and other stakeholders that play roles in the agricultural production in the district. Their roles can be listed as follows:
– Procurement and supply of inputs
– They organize exchange/exposure visits and demonstrations
– Extension services to farmers
The main stakeholders are the Lira District Farmers Association, Uganda Oil Seeds Processors and Processors Association, and the private sector (Mukwano Group of Company and Oil Millers). Private coffee and fruit tree nursery operators, private sector (businessman) and seed companies are other stakeholders that must be mentioned, VODP is winding up. The District should fully support oil crop sector development. 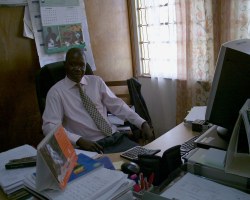 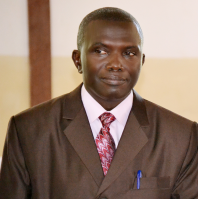